….but in the days of the voice of the seventh angel, when he is about to sound, then the mystery of God is finished, as he declared to his servants, the prophets.  Revelation 10:7

Without controversy, the mystery of godliness is great: God was revealed in the flesh, justified in the spirit, seen by angels, preached among the nations, believed on in the world, and received up in glory.  I Timothy 3:16

He answered them, “To you it is given to know the mysteries of the Kingdom of Heaven, but it is not given to them. Matthew 13:11

So let a man think of us as Christ’s servants, and stewards of God’s mysteries. I Corinthians 4:1

Now I rejoice in my sufferings for your sake, and fill up on my part that which is lacking of the afflictions of Christ in my flesh for his body’s sake, which is the assembly; of which I was made a servant, according to the stewardship of God which was given me toward you, to fulfill the word of God, the mystery which has been hidden for ages and generations. But now it has been revealed to his saints, to whom God was pleased to make known what are the riches of the glory of this mystery among the Gentiles, which is Christ in you, the hope of glory; whom we proclaim, admonishing every man and teaching every man in all wisdom, that we may present every man perfect in Christ Jesus; for which I also labor, striving according to his working, which works in me mightily.  Colossians 1:24-29

For this cause I, Paul, am the prisoner of Christ Jesus on behalf of you Gentiles, if it is so that you have heard of the administration of that grace of God which was given me toward you;  how that by revelation the mystery was made known to me, as I wrote before in few words, by which, when you read, you can perceive my understanding in the mystery of Christ;  which in other generations was not made known to the children of men, as it has now been revealed to his holy apostles and prophets in the Spirit; that the Gentiles are fellow heirs, and fellow members of the body, and fellow partakers of his promise in Christ Jesus through the Good News, of which I was made a servant, according to the gift of that grace of God which was given me according to the working of his power.  To me, the very least of all saints, was this grace given, to preach to the Gentiles the unsearchable riches of Christ, and to make all men see what is the administration of the mystery which for ages has been hidden in God, who created all things through Jesus Christ;  to the intent that now through the assembly the manifold wisdom of God might be made known to the principalities and the powers in the heavenly places, according to the eternal purpose which he purposed in Christ Jesus our Lord; in whom we have boldness and access in confidence through our faith in him.  Therefore I ask that you may not lose heart at my troubles for you, which are your glory. Ephesians 3:1-13

For I don’t desire you to be ignorant, brothers, of this mystery, so that you won’t be wise in your own conceits, that a partial hardening has happened to Israel, until the fullness of the Gentiles has come in, and so all Israel will be saved. Even as it is written, “There will come out of Zion the Deliverer, and he will turn away ungodliness from Jacob.  This is my covenant with them, when I will take away their sins.”  Concerning the Good News, they are enemies for your sake. But concerning the election, they are beloved for the fathers’ sake.  For the gifts and the calling of God are irrevocable.  For as you in time past were disobedient to God, but now have obtained mercy by their disobedience, even so these also have now been disobedient, that by the mercy shown to you they may also obtain mercy.  For God has shut up all to disobedience, that he might have mercy on all.   Oh the depth of the riches both of the wisdom and the knowledge of God! How unsearchable are his judgments, and his ways past tracing out!  “For who has known the mind of the Lord? Or who has been his counselor?”  “Or who has first given to him, and it will be repaid to him again?”  For of him, and through him, and to him, are all things. To him be the glory for ever! Amen.  Romans 11:25-36

We speak wisdom, however, among those who are full grown; yet a wisdom not of this world, nor of the rulers of this world, who are coming to nothing.  But we speak God’s wisdom in a mystery, the wisdom that has been hidden, which God foreordained before the worlds for our glory, which none of the rulers of this world has known. For had they known it, they wouldn’t have crucified the Lord of glory.  But as it is written, “Things which an eye didn’t see, and an ear didn’t hear, which didn’t enter into the heart of man, these God has prepared for those who love him.”  But to us, God revealed them through the Spirit. For the Spirit searches all things, yes, the deep things of God.  For who among men knows the things of a man, except the spirit of the man, which is in him? Even so, no one knows the things of God, except God’s Spirit.  But we received, not the spirit of the world, but the Spirit which is from God, that we might know the things that were freely given to us by God.  Which things also we speak, not in words which man’s wisdom teaches, but which the Holy Spirit teaches, comparing spiritual things with spiritual things.  Now the natural man doesn’t receive the things of God’s Spirit, for they are foolishness to him, and he can’t know them, because they are spiritually discerned.  But he who is spiritual discerns all things, and he himself is judged by no one.  “For who has known the mind of the Lord, that he should instruct him?” But we have Christ’s mind.  I Corinthians 2:6-16 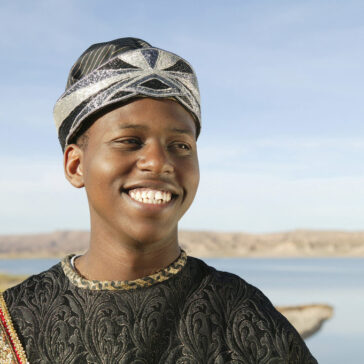 Blessed be the God and Father of our Lord Jesus Christ, who has blessed us with every spiritual blessing in the heavenly places in Christ; even as he chose us in him before the foundation of the world, that we would be holy and without defect before him in love; having predestined us for adoption as children through Jesus Christ to himself, according to the good pleasure of his desire, to the praise of the glory of his grace, by which he freely gave us favor in the Beloved, in whom we have our redemption through his blood, the forgiveness of our trespasses, according to the riches of his grace, which he made to abound toward us in all wisdom and prudence, making known to us the mystery of his will, according to his good pleasure which he purposed in him to an administration of the fullness of the times, to sum up all things in Christ, the things in the heavens, and the things on the earth, in him; in whom also we were assigned an inheritance, having been foreordained according to the purpose of him who does all things after the counsel of his will; to the end that we should be to the praise of his glory, we who had before hoped in Christ.  In him you also, having heard the word of the truth, the Good News of your salvation—in whom, having also believed, you were sealed with the promised Holy Spirit, who is a pledge of our inheritance, to the redemption of God’s own possession, to the praise of his glory. Ephesians 1:3-14 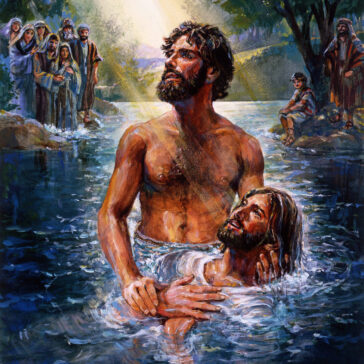