But let judgment run down as waters, and righteousness as a mighty stream.   Amos 5:24

A glorious high throne from the beginning is the place of our sanctuary. O LORD, the hope of Israel, all that forsake thee shall be ashamed, and they that depart from me shall be written in the earth, because they have forsaken the LORD, the fountain of living waters.  Heal me, O LORD, and I shall be healed; save me, and I shall be saved: for thou art my praise.  Jeremiah 17:12-14

Be astonished, O ye heavens, at this, and be horribly afraid, be ye very desolate, saith the LORD.  For my people have committed two evils; they have forsaken me the fountain of living waters, and hewed them out cisterns, broken cisterns, that can hold no water.  Jeremiah 2:12,13

Jesus answered and said unto her, If thou knewest the gift of God, and who it is that saith to thee, Give me to drink; thou wouldest have asked of him, and he would have given thee living water.  John 4:10

Your loving kindness, Yahweh, is in the heavens. Your faithfulness reaches to the skies.  Your righteousness is like the mountains of God. Your judgments are like a great deep. Yahweh, you preserve man and animal.  How precious is your loving kindness, God! The children of men take refuge under the shadow of your wings.  They shall be abundantly satisfied with the abundance of your house. You will make them drink of the river of your pleasures.  For with you is the spring of life. In your light shall we see light.  Oh continue your loving kindness to those who know you, your righteousness to the upright in heart.  Don’t let the foot of pride come against me. Don’t let the hand of the wicked drive me away.  There the workers of iniquity are fallen. They are thrust down, and shall not be able to rise.  Psalms 36:5-12 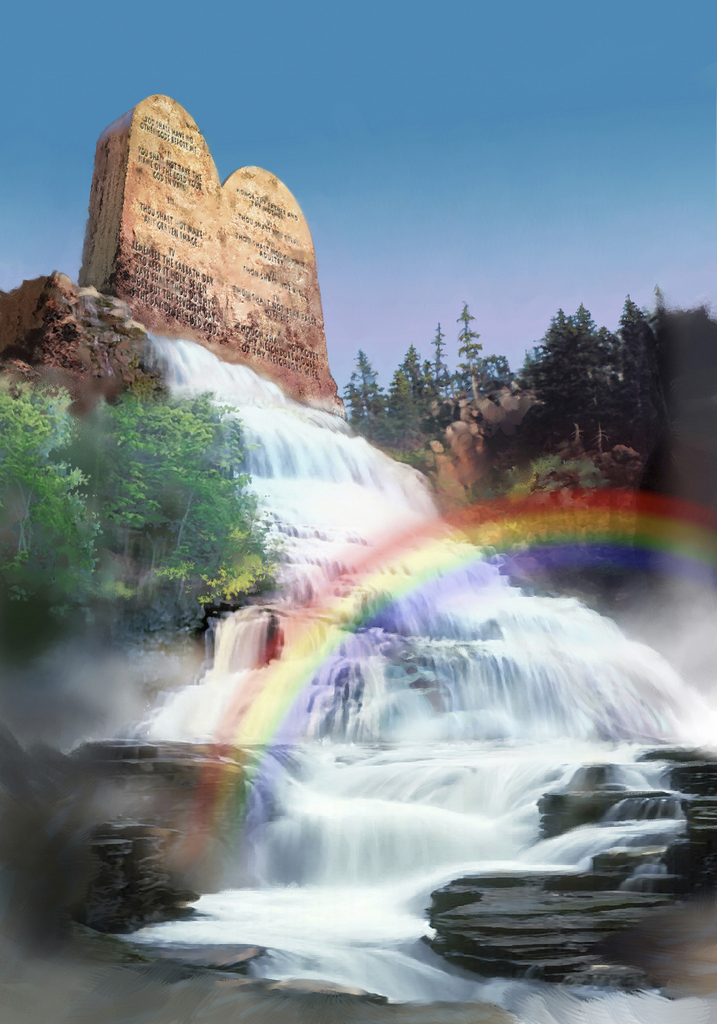 “Rejoice with Jerusalem, and be glad for her, all you who love her. Rejoice for joy with her, all you who mourn over her; that you may nurse and be satisfied at the comforting breasts; that you may drink deeply, and be delighted with the abundance of her glory.” For Yahweh says, “Behold, I will extend peace to her like a river, and the glory of the nations like an overflowing stream; and you will nurse. You will be carried on her side, and will be dandled on her knees.  As one whom his mother comforts, so I will comfort you. You will be comforted in Jerusalem.”  You will see it, and your heart shall rejoice, and your bones will flourish like the tender grass. Yahweh’s hand will be known among his servants; and he will have indignation against his enemies.  Isaiah 66:10-14

Afterward he brought me again unto the door of the house; and, behold, waters issued out from under the threshold of the house eastward: for the forefront of the house stood toward the east, and the waters came down from under from the right side of the house, at the south side of the altar.  Then brought he me out of the way of the gate northward, and led me about the way without unto the utter gate by the way that looketh eastward; and, behold, there ran out waters on the right side. And when the man that had the line in his hand went forth eastward, he measured a thousand cubits, and he brought me through the waters; the waters were to the ankles. Again he measured a thousand, and brought me through the waters; the waters were to the knees. Again he measured a thousand, and brought me through; the waters were to the loins. Afterward he measured a thousand; and it was a river that I could not pass over: for the waters were risen, waters to swim in, a river that could not be passed over.  And he said unto me, Son of man, hast thou seen this? Then he brought me, and caused me to return to the brink of the river. Now when I had returned, behold, at the bank of the river were very many trees on the one side and on the other.  Then said he unto me, These waters issue out toward the east country, and go down into the desert, and go into the sea: which being brought forth into the sea, the waters shall be healed.  And it shall come to pass, that every thing that liveth, which moveth, whithersoever the rivers shall come, shall live: and there shall be a very great multitude of fish, because these waters shall come thither: for they shall be healed; and every thing shall live whither the river cometh.  And it shall come to pass, that the fishers shall stand upon it from Engedi even unto Eneglaim; they shall be a place to spread forth nets; their fish shall be according to their kinds, as the fish of the great sea, exceeding many.  But the miry places thereof and the marishes thereof shall not be healed; they shall be given to salt.  And by the river upon the bank thereof, on this side and on that side, shall grow all trees for meat, whose leaf shall not fade, neither shall the fruit thereof be consumed: it shall bring forth new fruit according to his months, because their waters they issued out of the sanctuary: and the fruit thereof shall be for meat, and the leaf thereof for medicine.   Ezekiel 47:1-12

One of the elders answered, saying to me, “These who are arrayed in the white robes, who are they, and from where did they come?”  I told him, “My lord, you know.” He said to me, “These are those who came out of the great tribulation. They washed their robes, and made them white in the Lamb’s blood.   Therefore they are before the throne of God, they serve him day and night in his temple. He who sits on the throne will spread his tabernacle over them.  They will never be hungry, neither thirsty any more; neither will the sun beat on them, nor any heat; for the Lamb who is in the middle of the throne shepherds them, and leads them to springs of life-giving waters. And God will wipe away every tear from their eyes.” Revelation 7:13-17

He said to me, “I have become the Alpha and the Omega, the Beginning and the End. I will give freely to him who is thirsty from the spring of the water of life. Revelation 21:6 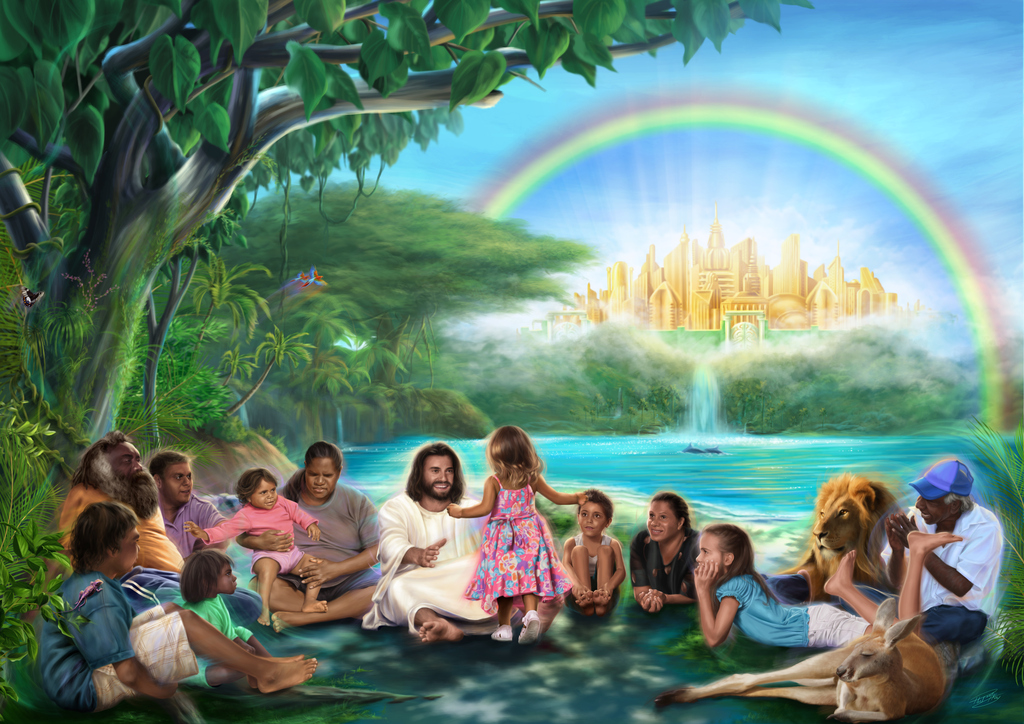 There is a river, the streams whereof shall make glad the city of God, the holy place of the tabernacles of the most High.  God is in the middle of her; she shall not be moved: God shall help her, and that right early. Psalms 46:4,5

Ho, every one that thirsts, come you to the waters, and he that has no money; come you, buy, and eat; yes, come, buy wine and milk without money and without price.  Isaiah 55:1